REQUEST SERVICE
GET A QUOTE

SCHEDULE SERVICE
GET A QUOTE
TAP TO TEXT

How does radon get into the environment?

Radon-222 is the radioactive decay product of radium-226, which is found at low concentrations in almost all rock and soil. Radon is generated in rock and soil, and it creeps through cracks or spaces between particles up to the outside air. Although outdoor concentrations of radon are typically low, about 0.4 picocuries per liter (pCi/l) of air, it can seep into buildings through foundation cracks or openings and build up to much higher concentrations indoors, if the sources are large enough.

The average indoor radon concentration is about 1.3 pCi/l of air. It is not uncommon, though, for indoor radon levels to be found in the range of 5 - 50 pCi/l, and they have been found as high as 2,000 pCi/l. The concentration of radon measured in a house depends on many factors, including the design of the house, local geology and soil conditions, and the weather. Radon's decay products are all metallic solids, and when radon decay occurs in air, the decay products can cling to aerosols and dust, which makes them available for inhalation into the lungs.

Radon easily dissolves in water in areas of the country that have high radium content in soils and rocks, local ground water may contain high concentrations of radon. For example, underlying rock such as granite, or phosphate rock, typically have increased uranium and radium, and therefore radon. While radon easily dissolves into water, it also easily escapes from water when exposed to the atmosphere, especially if it is stirred or agitated. Consequently, radon concentrations are very low in rivers and lakes, but could still be high in water pumped from the ground. Some natural springs, such as those at Hot Springs, Arkansas, contain radon and were once considered healthful.

How does radon change in the environment?

Because radon is a chemically inert (unreactive) gas, it can move easily through rock and soil and arrive at the surface. The half-life of radon-222 is 3.8 days. As it undergoes radioactive decay, radon-222 releases alpha radiation and changes to polonium-218, a short-lived radioactive solid. After several more transformations (loss of particles or electromagnetic radiation from the nucleus), the series ends at lead-206, which is stable.

Radon dissolves in water, and easily leaves water that is exposed to the atmosphere, especially if the water is agitated. Consequently, radon levels are very low in rivers and lakes, but water drawn from underground can have elevated radon concentrations. Radon that decays in water, leaves only solid decay products which will remain in the water as they decay to stable lead.

How are people exposed to radon?

Most of the public's exposure to natural radiation comes from radon which can be found in homes, schools, and office buildings. The illustration at right shows the sources of radon that can accumulate in buildings.

Most radon in homes comes from radon in the soil that seeps into homes through cracks in the foundation or slab. The amount of radon in the soil varies widely and depends on the chemical make up of the soil. There can be a large difference in radon concentrations in the soil from house to house. The only way to know is to test.

Radon is also found in the water in homes, in particular, homes that have their own well rather than municipal water. When the water is agitated, as when showering or washing dishes, radon escapes into the air. However, radon from water in the home generally contributes only a small proportion (less than 5%) of the total radon in indoor air in most housing. Municipal water systems hold and treat water, which helps to release radon so that levels are very low by the time the water reaches our homes. But, people who have private wells, particularly in areas of high radium soil content, may be exposed to higher levels of radon.

EPA estimates that the national average indoor radon level in homes is about 1.3 pCi/l of air. We also estimate that about 1 in 15 homes nationwide have levels at or above the level of 4 pCi/l, the level at which EPA recommends taking action to reduce concentrations. Levels greater than 2,000 pCi/l of air have been measured in some homes. The only way you can know if there is radon in your home is to test for it.

How does radon get into the body?

People may ingest trace amounts of radon with food and water. However, inhalation is the main route of entry into the body for radon and its decay products. Radon decay products may attach to particulates and aerosols in the air we breathe (for example, cooking oil vapors). When they are inhaled, some of these particles are retained in the lungs. Radon decay products also cling to tobacco leaves, which are sticky, during the growing season, and enter the lungs when tobacco is smoked. Smoke in indoor environments also is very effective at picking up radon decay products from the air and making them available for inhalation. It is likely that radon decay products contribute significantly to the risk of lung cancer from cigarette smoke.

What does radon do once it gets into the body?

Most of the radon gas that you inhale is also exhaled. However, some of radon's decay products attach to dust and aerosols in the air and are then readily deposited in the lungs. Some of these are cleared by the lung's natural defense system and swallowed or coughed out. Those particles that are retained long enough release radiation damaging surrounding lung tissues. A small amount of radon decay products in the lung are absorbed into the blood.

Most of the radon ingested in water is excreted within hours. There is some risk from drinking water with elevated radon because radioactive decay can occur within the body where tissues, such as the stomach lining, would be exposed. However, alpha particles emitted by radon and its decay product in water prior to drinking quickly lose their energy and are taken up by other compounds in water, and do not themselves pose a health concern.

How can radon affect people's health?

When radon is inhaled, the alpha particles from its radioactive decay directly strike sensitive lung tissue causing damage that can lead to lung cancer. However, since radon is a gas, most of it is exhaled. The radiation dose comes largely from radon's decay products. They enter the lungs on dust particles that lodge in the airways of the lungs. These radionuclides decay quickly, exposing lung tissue to damage and producing other radionuclides that continue damaging the lung tissue.

There is no safe level of radon any exposure poses some risk of cancer. The National Academy of Sciences (NAS) studied and reported on the causes of lung cancer in two 1999 reports. They concluded that radon in indoor air is the second leading cause of lung cancer in the U.S. after cigarette smoking.

The NAS estimated that 15,000-22,000 Americans die every year from radon-related lung cancer. When people who smoke are exposed to radon as well, the risk of developing lung cancer is significantly higher than the risk of smoking alone. The chart at right compares lung cancer cases caused by radon to the incidence of other forms of cancer.

The NAS also estimated that radon in drinking water causes an additional 180 cancer deaths per year. However, almost 90% of those deaths were from lung cancer caused by inhaling radon released to the indoor air from water. Only about 10% of the deaths were from cancers of internal organs, mostly the stomach, caused by ingesting radon in water.

Is there a medical test to determine exposure to radon?

Several decay products can be detected in urine, blood, and lung and bone tissue. However, these tests are not generally available through typical medical facilities. Also, they cannot be used to determine accurate exposure levels, since most radon decay products deliver their dose and decay within a few hours.

The best way to assess exposure to radon is by measuring concentrations of radon (or radon decay products) in the air you breathe at home.

How do I know if there is radon in my home?

You cannot see, feel, smell, or taste radon. Testing your home is the only way to know if you and your family are at risk from radon. EPA and the Surgeon General recommend testing for radon in all homes below the third floor. EPA also recommends testing in schools.

Radon testing is inexpensive and easy to do. It should only take a few minutes of your time. Millions of Americans have already tested their homes for radon. Various low-cost, do-it-yourself test kits are available through the mail and in hardware stores and other retail outlets. You can also hire a trained contractor to do the testing for you.

What can I do to protect myself and my family from radon?

The best method for reducing radon in your home will depend on how radon enters your home and the design of your home. For example, sealing cracks in floors and walls may help to reduce radon, but is not sufficient. There are also systems that remove radon from the crawl space or from beneath the concrete floor or basement slab that are effective at keeping radon from entering your home. These systems are simple and don't require major changes to your home. Other methods may be necessary.

People who have private wells should test their well water to ensure that radon levels meet EPA's proposed standard.

What recommendations has the federal government made to protect human health from radon?

What is EPA doing about radon?

EPA has established a voluntary program to promote radon awareness, testing, and reduction. The program sets an ‘Action Level' of 4 picocuries per liter (pCi/l) of air for indoor radon. The action level is not the maximum safe level for radon in the home. However, the lower the level of radon, the better. Generally, levels can be brought below 2 pCi/l fairly simply.

In addition to working with homeowners, EPA is working with home builders and building code organizations. The goals are to help newly constructed homes be more radon resistant and to encourage radon testing when existing homes are sold.

The 1988 Indoor Radon Abatement Act authorizes EPA to provide grants to states to support testing and reducing radon in homes. With various non-governmental and public health organizations, EPA promotes awareness and reduction of indoor radon. Partners include the American Lung Association, the National Environmental Health Association, the American Society of Home Inspectors, and others. The page, Radon Publications and Resources, provides a list of EPA-sponsored publications in English and Spanish.

EPA has also proposed a standard for the maximum amount of radon that may be found in drinking from community water systems using groundwater. 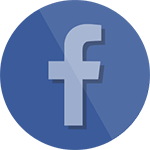 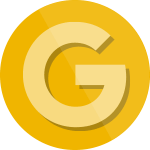 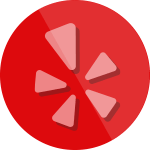 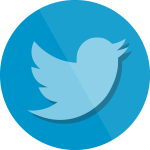 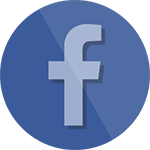